Nalchik  is the capital city of the Kabardino-Balkarian Republic, Russia, situated at an altitude of 550 meters (1,800 ft) in the foothills of the Caucasus Mountains; about 100 kilometers (62 mi) northwest of Beslan (Beslan is in the Republic of North Ossetia–Alania). It covers an area of 131 square kilometers (51 sq mi).

Within the framework of administrative divisions, it is, together with four rural localities, incorporated as the city of republic significance of Nalchik—an administrative unit with the status equal to that of the districts. As a municipal division, the city of the republic significance of Nalchik is incorporated as Nalchik Urban Okrug.

Nalchik has a hot-summer humid continental climate with hot summers and no dry season. The warm season lasts from late May to mid-September and the cold season – from December to March. Most forms of precipitation are light rain and thunderstorms, as well as, light snow and moderate snow. Wind speeds are typically calm to a light breeze through the year.

Nalchik is a mountain skiing resort. Almost a quarter of the city is a resort area; private cars are not allowed to drive there. In the resort part of Nalchik and near it, there are about 40 sanatoriums of all kinds. Balneological treatment can include therapeutic mud-baths.

Among the main attractions of Nalchik there are four artificial lakes, mineral springs, a rope-way, a huge park named after Atazhukin (one of the largest in Europe), a zoo, and a hippodrome. The scenic mountains around the city are favorable for tourism (hiking and mountaineering). 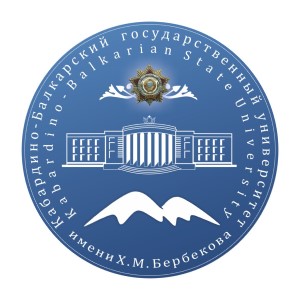 The priority of the development of international activity of this university is the internationalization of education and the search of new forms of international cooperation.15000 students have studied at Kabardino-Balkarian State University.

The university has different fields of study and they include General Medicine, Dentistry, Pediatrics, Pharmacy, Mathematics, Chemistry, Geography, Physics, Biology, Architecture, Construction, IT, Mechatronics and robotics, Psychology, Economics, Management, Sociology, Social work, Journalism, Tourism, Philology, Design, Hotel business. Those applicants, who would like to gain a profound education at the minimum cost and those who are eager to obtain the diploma that is recognized worldwide, are welcomed at Kabardino-Balkarian University.

When a student decides to study abroad, accommodation is considered to be one of the most significant factors. Students of Kabardino-Balkarian University are provided with rooms for 2-3,4 people. Our students have all necessary facilities, live in cozy, well-furnished rooms with access to Internet. A bed, a mattress, a pillow, a blanket, a desk, chairs are given to every single Student of the University.

The system of residence is separate for boys and girls, 2,3 or 4 seated big rooms, upgraded comforts, central heating, full furniture with beddings, shower room, toilet, washbasin room, everyday cleaning of rooms, security guards, reception, cleaning and washing personnel, 24 hour medical center, well-equipped Gymnasiums with hi-tech machines. On every floor there is a kitchen where you may cook food of your own taste and a bathroom with well-maintained toilets.

Our students may also decide to rent a flat and to live outside the campus. For this purpose, you may contact local agencies or search through internet or local newspapers. However, it will be much costlier than living in a university hostel.