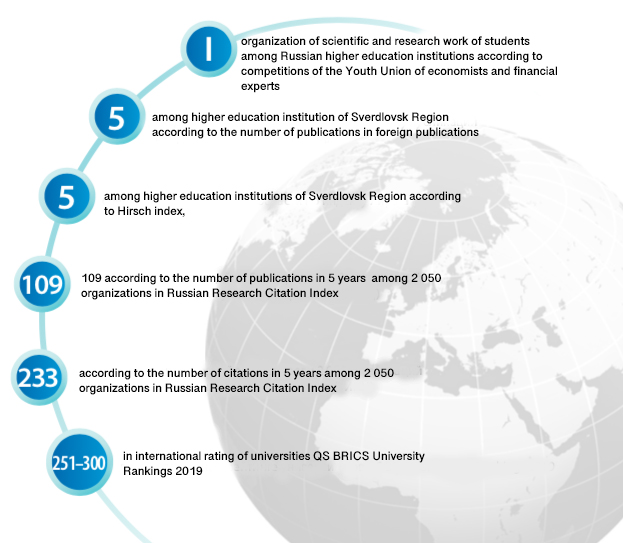 At the university, equal attention is paid to science and the educational process: Ural State Economic University wins various competitions and receives grants, a number of scientific

Schools develop, there is a serious research base.

Students of Ural State Economic University are traditionally active participants in national competitions organized by the Youth Union of Economists and Financiers of the Russian Federation. In 2017 (according to the results of competitions in 2016) university students won 181 prizes in these competitions.

Government of the Russian Federation, scholarships of the Governor of Sverdlovsk region,

scholarships named after E.T. Gaidar. Two aspirants of USEU were also provided with scholarships of the President and the Government of the Russian Federation.

Ural State Economic University has a close relationship with employers. Since 2014, Ural

State Economic University has actively participated in the movement of professional skills “WorldSkills” in Ural.

In 2017, Ural State Economic University was the first among the universities of Sverdlovsk region to support the National Championship of professional excellence “Abilimpix” among disabled people and people with limited abilities.

-       Institute of Management and Information Technologies

-       Institute of Extramural and Intramural-Extramural Training 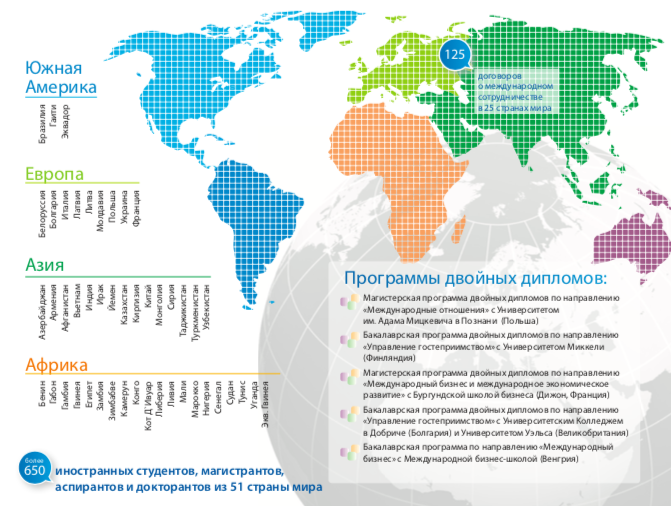 5 among higher education institutions of Sverdlovsk Regionaccording to Hirsch index

650 international students, graduate students, aspirants and Ph.D. candidates from 51 countries of the world