Moscow Aviation Institute was founded in 1930. The University provides training throughout the lifecycle of high-technology products from the system design to the implementation of separate proceedings. There is one of the most popular universities in the field of aerospace training and in other high-tech industries. The University has its focus on the development of areas such as Aircraft, Space and Energy systems, IT, new materials and production technologies, the multifaceted use of aerospace and digital technologies.

Mission of Moscow Aviation Institute is to create a background of world's top-level engineering staff through forward-looking research at all stages of aviation, rocket and space technology. MAI is engaged in all major partnership projects; it also cooperates with leading Russian and foreign industry-based corporations such as COMAC, ENAC, Safran, BrahMos Aerospace, HAL, PJSC “United Aircraft Corporation”, Roscosmos, Rostec and others. The high-tech projects in MAI are fulfilled with the help of advanced technologies in the following areas:

Since the foundation of Moscow Aviation Institute, more than 160 000 professionals have graduated. More than 70% of MAI graduates work for industry-based corporations. MAI holds the record among universities in the number of graduates who have become space and test pilots. There are 23 pilot-cosmonauts who spent more than 15 years performing space missions. 65 spacewalks were carried out. Many graduates from the University are currently working as cosmonauts.

A large number of the world's modern aviation and aerospace technology was created under the guidance of MAI graduates.

Students are engaged in research projects for Russian and foreign industries, which help students to see their prospects in these organizations. At the same time, employers estimate the abilities of their future professionals. MAI operates in accordance with the system of educational standards. 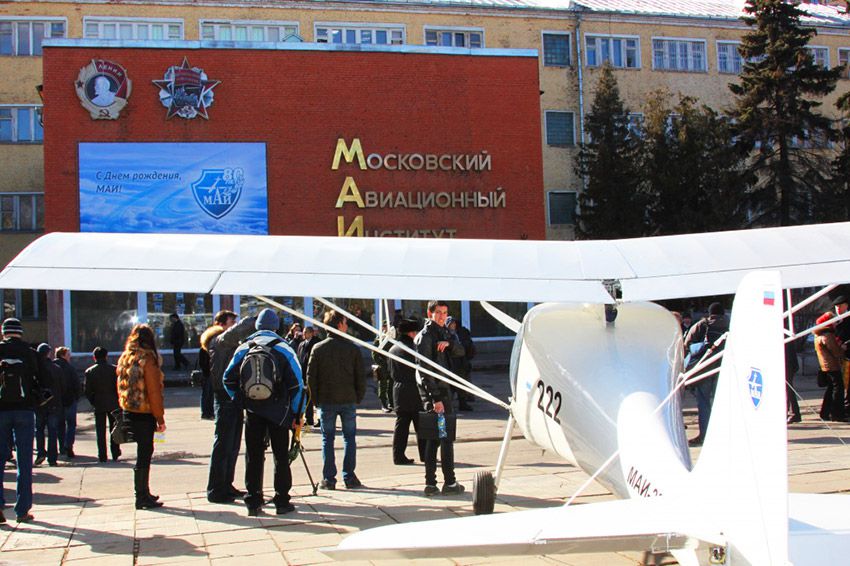 Foreign students from 10 CIS countries and 47 foreign countries study in Moscow Aviation Institute. The university has contracts with the countries of South East Asia (Malaysia, Socialist Republic of Vietnam, the Republic of the Union of Myanmar, the Republic of Korea, and others), India, China, Egypt, Mexico, Brazil, Angola etc.

More than 17 000 foreign students have graduated. More than 80 cooperation contracts were signed. MAI is a partner of major international associations such as the CDIO, ASRTU, Pegasus, ICAS, IAF.