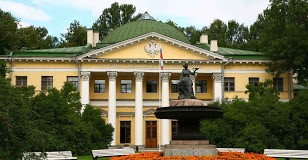 The S. M. Kirov Military Medical Academy is the oldest school of military medicinein Saint Petersburg and the Russian Federation. Senior medical staff are trained for the Armed Forces and conduct research in military medical services.

The origins of S.M. Kirov Military Medical Academy go back to the years of Peter the Great. In 1715 by the Tsar's order the Admiralty Hospital in the Vyborg Side of Saint Petersburgwas founded. In 1717 next to in the Land Military Hospital was opened. Since 1773 surgical schools attached to both hospitals were operating. In 1786 those schools were consolidated into the Main Medical College. It became the principal training center for army and fleet physicians. 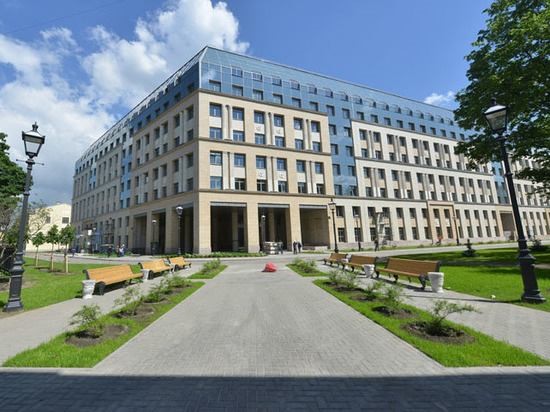 The Medical and Surgical Academy was established by the order of Emperor Paul I of 18/29 December 1798 on the initiative of Baron Alexei Vasilyev, General Director of the Medical College. At the same time a Neoclassical buildingfor the Academy was designed by Antonio Porta. It was decorated with a set of panel paintings by Giuseppe Bernasconi.[2]

In 1881 the Academy's official name was changed into the Imperial Military Medical Academy. In the late 19th century, its physiology laboratory, founded by Ivan Sechenov, was at the forefront of medical research. Ivan Romanovich Tarkhanovconducted some important experiments there.

In 1890 — 1901 the Academy's President was Viktor Pashutin, one of the founders of the pathophysiologic school in Russia and of pathophysiology as an independent scientific discipline.

The Nobel-prize winning physiologist Ivan Pavlov graduated from the Academy in 1879 with Gold Medal award. Since 1895 he headed Department of Physiology at the Academy for three decades.

By contemporary standards, it is a full-scale medical school complete with a network of teaching and research clinics and affiliated hospitals. Graduates are commissioned as officers with medical doctor credentials. The institution also provides advanced training for mid-career military medical doctors and trains graduate students on the Ph.D. level.

0 # mbbs — anwar Ul haq 2017-09-27 07:42
Sir is there any sort of scholarrship in mbbs for pakistani students?
i have 76.8% in higher (hssc).plz inform me.entitled of ur gratitude
Reply
0 # mr. — olaojo olasunkanmi 2017-10-06 11:25
i obviously need information on admission requirements and acceptance to the military medical school fast.
Reply
0 # Mr — Moses adebayo 2017-12-02 05:31
Sir am a practising registered nurse in my country Nigeria west africa.sir desire to study medicine and surgery because my passion lies in safety of human lives,meeting the health needs of people around me but my dreams and aspirations seems to be dim because I have no one to fiance my ambition.sir,can I get an offer of free scholarship in your schools to enable me fulfill my dream and to the development of mankind in general.please reply me through my email address. Thanks
Reply
0 # mr. — olaojo olasunkanmi 2018-03-30 22:40
i envisage an all round military training and medical expertise knowledge in mental and psychological development, as a result of this,russia is my perfect destination.
Reply
Refresh comments list